Sweet Baby Lamb Gets All the Love Video

"In this video, Estela, a precious rescued lamb, enjoys some much-deserved love and affection.
We can all protect animals by leaving them off our plates"

Meat production is a leading cause of climate change, water waste, and deforestation. Why is everyone overlooking this again?1. Meat production wastes a ton of water.
2. It takes 2,400 gallons of water to produce 1 pound of meat.
3. Which is something like 50 full bathtubs.
4. Meanwhile, it takes 25 gallons of water to produce 1 pound of wheat.
5. Which is less than one bathtub of water.
6. Raising animals for food takes up half of all water used in the U.S.
7. You’d save more water by not eating a pound of meat than you would if you didn’t shower for six months. So keep showering (please), but stop eating meat. Mmmkay?
8. The Environmental Protection Agency says that animal agriculture is the number one cause of water pollution.
9. And it’s responsible for more water pollution than all other industrial sources combined.
10. Mostly because of the massive amounts of animal poop spilling into our waterways.
11. In West Virginia and Maryland, male fish are growing ovaries, and scientists suspect that this is the result of factory-farm runoff from drug-laden chicken feces.

Beyonce and Miley Cirus Announces they are vegan. June 2015

"Compared with a control group of 17 adults who received B12 supplements but maintained their current, non-vegan diet, the group on the vegan diet
reported significant improvements in pain relief. Tests also revealed improved circulation and nerve function, and these participants lost, on average, 14 pounds. Many people in this intervention group also saw improvements in their bodies' ability to control their levels of glucose, or blood sugar, which then allowed them to lower the dose of their diabetes medication." Click on the title above to read more. 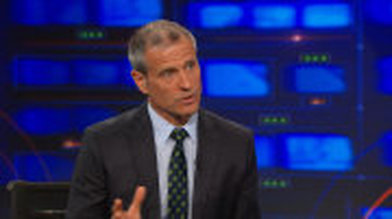 
To put it simply, there are 842 million people who do not have enough to eat and a compassionate diet will do more than help the billions of animals killed each year for food; it is a solution that has the potential to feed millions of people by using the 90 million acres of land currently used to grow corn to feed factory-farmed animals to grow vegetables instead.

"The trick would be convincing the country - and other countries that import animal feed from the U.S. - to go vegan. We would have more land available for the 10 billion than they would know what to do with," Babcock concludes.